You are reading...
Coping with Pain

Special Edition: After The Procedure 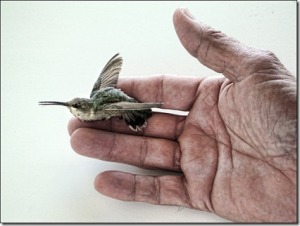 As we all know, living with pain can be a very lonely thing to do. That’s why I have created this section of my blog. But before we get started, let’s recap on the last four articles:

One: People who don’t understand your pain.
Two: The Dependent
Three: Do we depend on our doctors too much? Or not enough?
Four: Pain Sufferers: Ready for the Winter?

We are now on Article Five. If you’ve read my third post, then you know by now what procedure I had this week. I recommend to those who haven’t read that post, to take a moment and look at the last video. The procedure is called Radiofrequency Neurotomy. I have already explained everything about this procedure. So, let’s get started with my experience and compare it to what was explained prior to undergoing this particular nerve therapy.

It was Wednesday afternoon, my appointment was at 12:30 P.M. I was not looking forward to this day, but I was anxious to get it over with. It seemed like hours before they called my name. Once they called me, I was taken into the back and put into a room as usual. Within seconds, my doctor came in. He asked how I was doing and immediately I told him I was very nervous. He told me not to worry about it. He asked me about my nerve block. I told him it took about 48 hours for my pain level to return to normal. He said that was a very good sign. he said he will do all four levels to knock them out at once so I won’t have to redo the procedure anytime soon. he told me how this would also benefit my migraines. A little bit more chit-chat and off to THE ROOM.

I now call the procedure room “THE ROOM” because when I had gotten Epidural shots and facet injections, those procedures would take place in a room that was right next to THE ROOM. This room was brighter and I had the luxury of lying on my back for the procedures which is much easier to lay still. But THE ROOM next to this one had the lights dimmed, felt smaller, as if the walls were closing in on you, and had an eerie sense to it. It felt like a room that belonged in a Stephen King novel. I remember that the first procedure I received in THE ROOM threw me off because I had to lay in a complicated and twisted position on my left side because the needles had to go into the right side of my neck. It was extremely painful just to lay in that position without getting the procedure. So that position, plus the nerve block, well lets just say it was no trip to the spa, I assure you. Okay, getting back to the procedure.

So, I’m in THE ROOM, and they are prepping me. I am allowed to keep everything on, just have to take my shirt off so I won’t get iodine on it and put a hospital gown on. Then, I am taken to the wonderful bed where I get to lay in the “spa” position, but this nurse was really nice. She let me lay anyway I wanted and actually gave me an extra pillow while she prepped me with alcohol and iodine. Then, we waited a few minutes for the doctor. While we waited, I asked her if the heat would affect my herniated disk. She said that they won’t be anywhere near the disk (I don’t think she knew that my disk was herniated towards the right side of my neck and not towards my spinal cord). Then the doctor came in. He told me he needed to adjust me and he did to that awful and awkward position. It is hard to explain, but if you have ever been to a chiropractor before and he is about to give you an adjustment, and he has you on your side and says to lean over while taking your other arm and pulling it towards your back (crisscrossing your arms) and you feel like you are going to fall off…well it is something like that, except my neck was positioned in a way that it didn’t want to go, almost as if he had to force it a little bit up and to the side. He had to remove my extra pillow.

Now that I am ready and prepped, the first part of the procedure is needles. The doctor injects some local anesthetic on the right side of my neck. Then he puts these long needles inside my neck to connect to the nerves that he is getting ready to kill.
Can you guess what’s next? Stay tuned and find out in my next post coming up.

I am a former Marine (Ooooraaahhh), currently a disabled veteran. I love my husband, love my family, love my friends, love my cats (even though I really want a dog), love my kids (the youth at my church, that is), but most of all...I love my Lord!
View all posts by blessedbklynite »
« Pain Sufferers…Ready for Winter?
Pain=Oneness »

Thank you for visiting! Share your thoughts and views on what you've read today. Cancel reply

Use these tags to find me

Just One Voice by Venus A. Perez is licensed under a Creative Commons Attribution-NoDerivs 3.0 Unported License.
Based on a work at BlessedBklynite.wordpress.com.
Permissions beyond the scope of this license may be available at http://en.support.wordpress.com/topic/tos-copyright/.